Robert Pires lights up #OctaneCapitalCup during fantastic afternoon of football 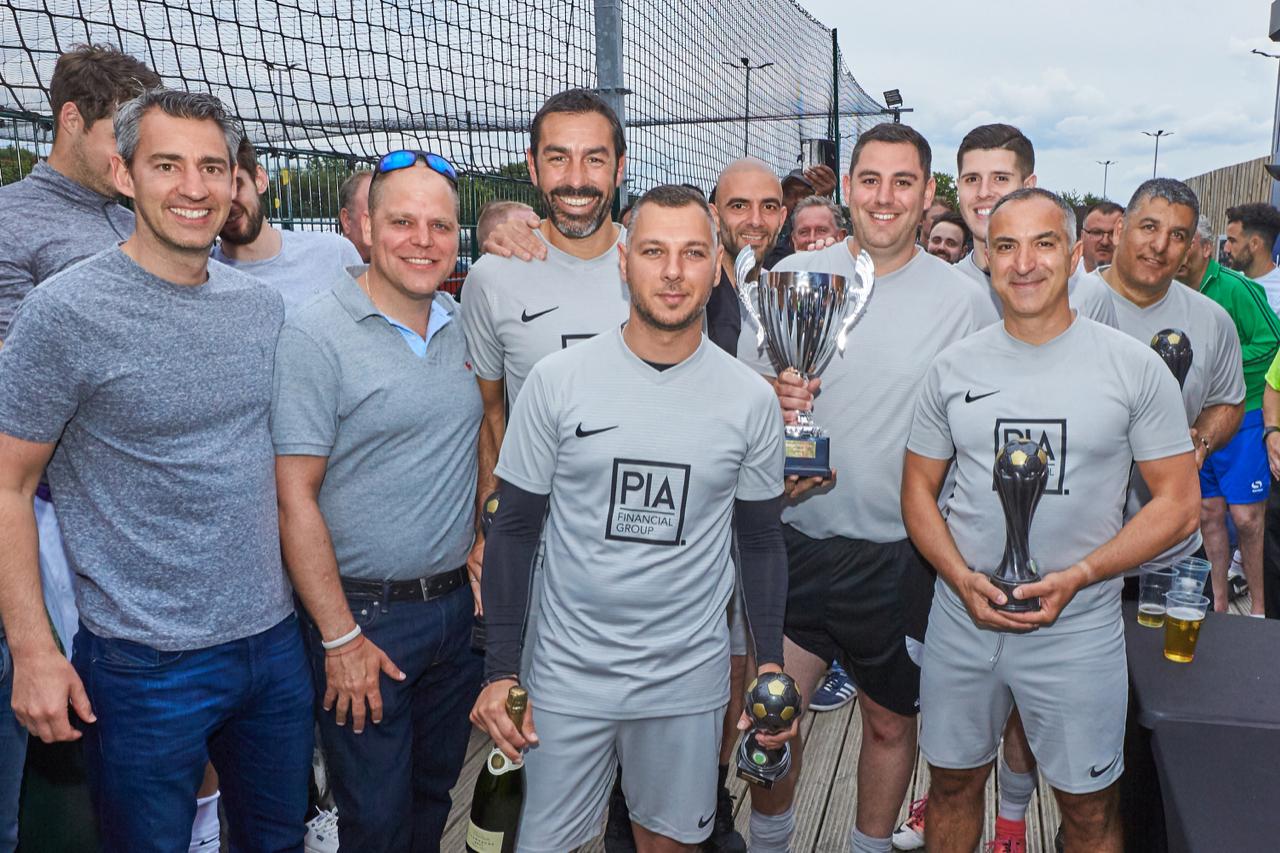 Wembley has played home to some of the most astonishing moments in world football, and this year’s Octane Capital 5-a-side Cup delivered a few of its own.

24 teams made up of our loyal partners attended Powerleague Wembley for the second year running to battle it out to get their hands on the highly-desired #OctaneCapitalCup.

Four groups of six teams locked horns straight from the get-go to challenge for three trophies in total. So intense was the level of competition that there were multiple injuries early doors.

The spectacular afternoon had so much on offer, including some fantastic goals, brilliant teamwork, and bore witness to some of the finest football talent the specialist finance industry has to offer.

One of the standout performances of the tournament came from World Cup-winning legend, Robert Pires, who also played in the Premier League for Arsenal. The French international played for PIA Financial, one of our well-respected partners.

Without taking any credit away from the rest of the committed and hard-playing teams, Pires completely stole the show, operating from midfield and displaying a footballing masterclass.

The matches, played at Powerleague Wembley on Wednesday 5 June had everything:

Hundreds of people from around the industry attended the afternoon’s event, which was jam-packed with some quality live football performances.

Once again, and despite our wall-to-wall talent across two teams, we at Octane were under strict orders not to win our own cup*, so gifted it to PIA Financial, who just so happened to have a French maestro in midfield.

We introduced a new award this year, called ‘Olden Glove’, which was awarded to Jon Boulton of City Finance Brokers, who had a fantastic tournament and pulled off some saves that Schmeichel himself would be proud of.

Anyway, I would like to personally thank everyone who turned up for making it a truly great and brilliantly entertaining day – we’re already looking at organising a date for next year’s tournament.

*It’s worth mentioning that the Octane #3rdGeners defeated Octane’s A team in quite a fiery match with tempers flaring and office politics coming through in the form of bone-crunching tackles.

12 hours, 10 minutes ago
#DeveloperExit opportunities... For developers approaching the completion of a new-build scheme, a #DeveloperExit… https://t.co/5jUyFKicNL

1 day, 9 hours ago
You bump into some interesting people on the Jubilee…. POD Management @DavidBGoldberg https://t.co/lbiNB5hToJ

3 days, 7 hours ago
Last game of the season - whilst gutted to miss out on Champions League - delighted to have European Football again… https://t.co/Enj2ewVeRE

6 days, 8 hours ago
What an amazing day for it! Thank you Marc Eden and Regal Homes for your kind invite! Lively team too Damien Hughe… https://t.co/e8S5JGKvge

1 week, 5 days ago
one more shoutout from yesterdays Octane Capital Ltd #OctaneCapitalCup - huge thank you to Felicity Lass for your i… https://t.co/tiozQ7joYd